The 2015 BurningMan Summit was held at the Esalen Institute in Big Sur, California. I’ve never been to Esalen before, but the list of leaders, teachers and writers that passed thru Esalen is like a who’s who of influencers for my generation: Aldous Huxley, Buckminster Fuller, Alan Watts, Joseph Campbell, Abraham Maslow, Ray Bradbury, Robert Anton Wilson, Timothy Leary, etc. Even Hunter S Thompson had a brief stay there.

I am surrounded by lunatics here, people screeching every time I pull a trigger… a landlady who’s writing a novel on butcher paper, wild boar in the hills and queers on the road, vats of homemade beer in the closet… the jabbering of Buddhists in the trees, whores in the canyon, christ only knows if I can last it out… -Hunter S Thompson, The Proud Highway

The name Esalen is derived from the Esselen Indians, the Native American people whose homeland once encompassed about 750 square miles of the Ventana Wilderness, including the land that the Esalen Institute now sits upon. They were known as the “people of the rock”. The Esselen word for the hot springs was believed to mean “the god in the waters“. In 1602, the Spanish sea captain Sebastian Vizcaino sailed into Monterey Bay and he wrote of the Esselen Indians: “They seem to be gentle and peaceful people…” According to Fray Antonio de la Ascencion, who accompanied Vizcaino: “The port is all surrounded with…affable Indians, good natives and well-disposed, who like to give what they have…They go naked at this port.”

The Esselen lived in perfect harmony with their environment

…until the missionaries came.

The Esalen Institute is perched on a narrow piece of land with cliffs at the oceans edge on one side and the steep Santa Lucia mountains on the other side. Gushing mineral hot springs supply the nude baths and massage center.

Esalen was founded by Michael Murphy and Richard Price in 1962, and became the center of practices and beliefs that make up the New Age movement; from Eastern spirituality to Gestalt Psychotherapy. Thousands of seekers came to Esalen for workshops in avant-garde psychology, massage, mysticism and other techniques that promised to raise consciousness, and to fulfill untapped human potential.

“Esalen played a pioneering role in popularizing quests for self-transformation and personalized spirituality. Esalen paved the way for them to explore spirituality without affiliating with established denominations” -The American Soul Rush, 2012

Esalen is the religion of no religion.

Gestalt therapy was one of the major psychotherapy techniques that were developed at Esalen. Gestalt is an existential therapy that emphasizes personal responsibility and focuses upon the individual’s experience in the present, the environmental and social contexts of a person’s life, and the adjustments that people make as a result of their overall situation. The Gestalt techniques that were pioneered and developed there led to dramatic breakthroughs in psychotherapy. During the 1960s, Gestalt was combined with group therapy, pyschosynthesis, bioenergetics, and psychodrama into what became known as the encounter group, which later spread and flourished outside of Esalen as the new age Encounter Movement. However, the dark side of the encounter group was it’s confrontational approach, which could result in mental and/or physical damage to individuals going thru the process. Encounter leader John Heider wrote in his 1970s journal: “Too much suicide.” Encounter offerings at Esalen were ended by Murphy and Price in the early 1970s as being too dangerous.

The other orange fence.

Esalen was where all the wonderful lifestyle innovations of the 1960s bubbled up. -The Economist 2007

In 1980, Esalen began a Soviet-American Exchange Program to foster citizen-to-citizen relationships between Russians and Americans. In 1989 Boris Yeltsin came to Esalen for his first visit to the United States. It was a few weeks later that the Cold War ended with the fall of the Berlin Wall. The Soviet-American Exchange Program was the last big thing that I can recall coming out of Esalen. That was 20 years ago.

“Esalen was resting on its laurels, and backsliding” “There were always a lot of people down here just trying to hang out and get laid and get stoned.” -David Price, operations manager at Esalen and son of the late Richard Price.

In 1998, the winter storms of El Nino destroyed the old bath house. Coastal landslides cut off Highway 1 to the north and south for three months, putting Esalen into a financial crisis. Coming out of that crisis, Esalen began to re-invent itself as a much more organized and responsible educational institution. New rules were put in place. Staff members were required to carry ID badges. The paying customers had to show their meal tickets before eating in the Lodge.

In 2002, a new stone-and-concrete bathhouse was built on 34 concrete piers, which required horizontal anchors sunk into 25 feet of rock. The new structure, which could accommodate 60 bathers, was built at a cost of $6 million dollars.

Over the last 20 years, Esalen has traded it’s risky edge for safety and security. The old home-built buildings have been replaced with a new Japanese aesthetic designed by a professional architecture firm. A week at Esalen now costs more than a week at BurningMan (but you do get running water and flush toilets).

It seems that Esalen has become a day spa. The parking lot is usually spotted with BMW, Mercedes and Lexus.

Esalen is a place where people hug each other relentlessly and justify their material indulgences, like Porches, as balm for their past emotional wounds. -The American Soul Rush, 2012 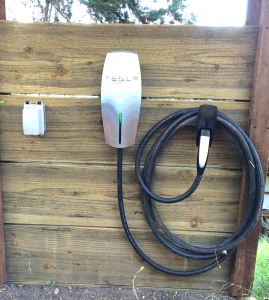 There are Tesla charging stations here. The Hippies have gone electric.

Esalen is on the bucket list for well-healed matrons who want to ‘cleanse the body of poisons’. Young men with ambition to be the next pop guru of spiritual materialism come here to sift thru the cauldron of new age stew.

Stacking rocks seems to be the new meditation practice. I saw them everywhere.

And the weekend tourists from LA wear bathing suits in the baths.

Then, for 5 days in October, BurningMan invaded Esalen.

The expensive cars of the plug-and-play customers were replaced by burner vehicles more suited to maker culture. There was the smell of bacon during breakfast at the Lodge. BurningMans presence might seem to be a setback for Esalen, but it was more like the completion of a Yin and Yang circle. Esalen has a year-round staff of more than 70, who maintain the facilities, tend the garden and grounds, do the housekeeping and cook the meals for workshop attendees and staff, but for those 5 days, the usual workshop attendees were replaced by BurningMan staff members. We were different, not like their usual clients. We were playful, we wore silly costumes. We sat down and talked and ate with them. There was a tribal kinship.

During my stay, I thought about the opposites and the similarities of Esalen and BurningMan. The physical environments could not be more different. Esalen is water and earth, BurningMan is fire and air. Both have transformational qualities and both are spiritual, but not religious. Both experiences produce an attachment to place. Having experienced heaven, how can you return to the hell of the default world?

BurningMan and Esalen are adept at stripping away the veil of maya. They both share a common transformation mechanism which breaks apart the mental reality construct; but whereas Esalen breaks thru the reality of self-identity, BurningMan breaks thru the reality of world view. Esalen blissfully disarms its graduates, but the BurningMan school sends out self-actualized warriors. That may be why BurningMan is able to replicate itself in other locations, but all attempts to replicate Esalen in the past have failed. Esalen remains firmly rooted in its birthplace. But I do I think that the convergence of Esalen and BurningMan at this time in history marks a significant point which will affect the future of both. And the baths are nice; It’s been 20 years since I lost my goddess amulet in a hot springs in Nevada, a mystic experience that bonded me to the hot water of a fertile earth.

In spite of Esalens drift into complacent spirituality, the tantric energy at Esalen is still very palatable. I felt it everywhere. I wonder if the daily bathing allowed the subtly of pheromones to reach the surface of consciousness. In the garden, I found hidden pathways leading to small clearings wide enough for two. Then one day at lunch, I was talking to a handsome, young, guitar-carrying Esalen staff member, whom I had seen go through several stylish clothing changes during the week, when another staff member, attractive in her own right, leaned over and whispered into my ear; “He gets more pussy than a toilet seat.”

They were all young, beautiful and wild. -Esalen and the Rise of Spiritual Privilege

I had some amusing moments during my week in paradise. One afternoon, I was strolling across the grassy park, when I came upon a chain-smoking psychic from San Diego who called herself ‘Miss Fortune’. The wrinkles on her face and the grey roots of her red hair gave the appearance of a gypsy flower child, long past the age of Aquarius. Her conversation spilled forth like a gushing reservoir of new-age buzzwords and esoteric mystic knowledge. It felt like one of those BurningMan encounters at 3am out in deep-playa. She certainly fit the character of the fairy godmother in Finnegans Wake.

Our third night at Esalen seemed like a Bohemian Grove parody, when, much to the delight of everyone in attendance, a humorous pageant was organized and performed by a few BurningMan staff members. It was an irreverent event, which probably decreased the spirituality index of Esalen by several notches. At the end of the performance, it was announced that one of the props, a drawing of the Man, would later be burned in the campfire outside the Lodge. We began to call it the Big Sur Regional burn.

As the time drew near for this symbolic burning, I enacted the ‘Oracle of Star-Glo’ in a dark passageway near the Lodge. On a small table I set up an altar using a piece of rotted tree stump and shiny bits of abalone shell, which I’m sure had been carried up from the beach by native peoples hundreds of years ago.

The rich soil of the Esalen garden sits upon a 4000-year-old Esselen shell mound. A shamans tools can always found in the local environment for those who have the vision.

“Synchronicity is an ever present reality for those who have eyes to see.” -Carl Jung

Using a sheet for a cape and draping a towel on my head, I did my best impersonation of Arthur Frayn, or perhaps I was channeling Lady Freyja… I certainly have a kinship with her beast. Using a small flashlight to illuminate the deck of Beyond Belief cards (playa relics from a future past) which I had fanned out on the table, I invited passers by to choose and keep the one that speaks to them personally. With each card drawn, I was pouring fuel into the synchronicity engine.

The source of all light is in the eye. -Alan W. Watts

The fact that BurningMan has been allowed to displace Esalens’ high-paying customers for a week told me that they want to get back to the business of changing entire social systems rather than simply changing one human at a time. On my last night at Esalen, I spent some time in the bath with a group of young millennials. They were a combination of fire and water, all excitedly yearning to move Esalen and BurningMan into the future. I felt that Esalen and BurningMan are poised at the edge of the next generation of leadership.

BurningMan has come to Esalen:

We have arrived like spiritual barbarians at heavens’ gate.